Jiu Jitsu originated in Japan and dates back to the 17th Century. This was the Samurai’s main set of unarmed combat techniques.

Brazilian Jiu Jitsu is an art specialising in ground fighting and grappling, developed during the early 20th Century in Brazil

A Brazilian Jiu Jitsu fighter will look to take their adversary to the ground, relying on positional dominance & control and to finish the encounter by applying a lock to a joint or a choke/strangle.

It has continued to evolve & develop throughout the last century and is now one of the most effective fighting systems and a sport in its own right. It has become a staple art for many MMA fighters and is largely credited for bringing widespread attention to the importance of ground fighting.

Entry level students at Fightworx Academy will learn the basic movements of BJJ. These are the foundation upon which you can build your ground fighting game:

Body positioning – how and where you place your body in relation to your opponent determines who establishes control first. Body positioning also determines the amount of energy you expend trying to escape and the overall effectiveness of your control.

Positional escapes – learning to escape different positions is the second foundation point of basic learning. Before a person is ready to attack an opponent on the ground, they must be able to escape from weaker positions and look to obtain a position from which they can win the fight.

Submissions – can be classified as chokes, strangulations, and joint manipulations. In order to use the minimal amount of force required to make someone tap (signal submission), you must learn the mechanics of each submission technique. Once you develop a specific level of proficiency with the above sections, you will then move on to developing intermediate skills such as the use of combinations and strategy. 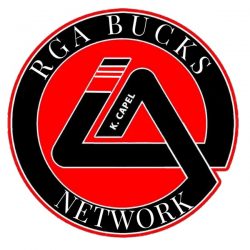 As a woman it’s hard to find a club you feel comfortable with. I was lucky to have Fightworx on my doorstep. The instructors create an inclusive atmosphere aimed at learning and enjoying BJJ or Muay Thai and making you feel like part of a family. I’ve since left the UK and am struggling to find a club that matches the atmosphere with the quality of teaching.

I went to my first Sambo lesson 7 years ago. I only went on a friend’s encouragement after his lesson elsewhere was cancelled. I’d never given any consideration to training before that, it just wasn’t my thing. Only in the last 2 1/2 years have I made jiujitsu my predominant training, and I’ve loved every aspect of it and I will be training for a long time coming.

GET IN TOUCH TODAY AND FIND OUT HOW WE CAN HELP